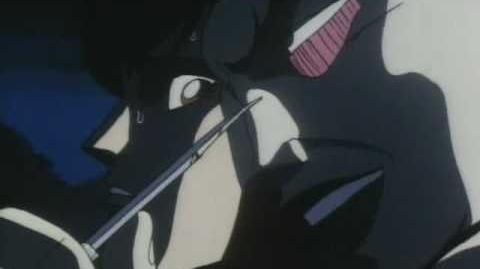 Chiissu wrote/edited/voiced it all at the same time and in sequence bit by bit until the whole thing is done. For voice parts played by other people, Chiissu recorded it alone to approximate the video timing and to get the lines without a script. Later, Chiissu replaced the recordings with the intended actors voice. It was recorded on a laptop mike and was

Retrieved from "https://abridgedseries.fandom.com/wiki/Violence_Jack_Abridged_OVA_3?oldid=43524"
Community content is available under CC-BY-SA unless otherwise noted.