This is a list of the characters from RabidSonicFan's Keroro Abridged.

This article will be subject to repeat changes.

He is the extremely narcissistic commander of his self-named platoon and is appointed as the leader of Keron's invasion of Planet Earth (occasionally known as Pekopon). When he encounters humans, he attempts to intimidate them with hostility and a false sense of intelligence, while in reality he's really a huge klutz, unable to even complete simple tasks without turning them into a complete disaster. Despite this, he's still focused on his mission of taking over Earth, unlike the original series, where he mostly puts it off due to sheer laziness.

He is the lowest-ranked officer on the platoon, with an apparent homosexual attraction to Keroro and as such, frequently accompanies him. He attempts to hide this, although assumingly, everyone else is already aware of this. Like the show and manga, he'll still have multiple personality disorder, although it won't be utilized as often.

He is the Platoon's weapons specialist, and as such is obsessed with various weapons of war. He also has a crush on one of the human characters, Natsumi Hinata, due to her being "pure evil". He is not changed much from the original version... at first...

Like the original character, he creates all of their inventions and has an obession with hurting and/or torturing others. There are still many differences compared to the character from the original show, however, such as his ambiguous sexuality and his high omnipotence, claiming that he's taken over the show before it even started, and frequently replacing the Narrator whenever he doesn't appear in an episode..

Formerly named Zeroro, he was the platoon's assassin at first, although he will later be rescued by Koyuki Azumaya in some sort of forest, where he decides to study the art of ninjitsu and change his name to Dororo.

(At this time, the creator's really don't know how to handle his characterization, for various reasons.)

He's generally a parody of himself, being quite lonely and having an unusual obsession over Keroro (despite Keroro being indifferent to him).

Just like her brother, Fuyuki, she is a parody of herself, with her anger and just generally mean disposition exaggerated to the point of insanity.

She's Natsumi and Fuyuki's mother, who works as an editor/writer person for a manga company and is generally nice to Keroro and the other frogs... but other than that, she's almost nothing like the original character. Due to frequent smoking, she permanently damaged her lungs, which gave her a low, gruff voice.

He is Keroro's abusive father and one of the highest-respected soldiers on Keron, due to brutally conquering several planets. Because of this, it was solely his influence that got Keroro into the army in the first place.

She is the exact opposite of Keroro's father, always having a polite and kind disposition. Because of this, she ignores her husband's constant threats.

The Narrator is a parody of and very similar to the one in the FUNimation dub, except he's very depressed and just hates everything about the show in general (due to being locked in a closet of monkeys by Kululu).

As his name suggests, he is the Keron Fleets' artificial intelligence, who is very violent and hostile, with an unhealthy obsession of killing others, due to his programmer...

A strange, shapeshifting alien that speaks in some sort of gibberish-like lanuage (which often makes little sense when actually translated). 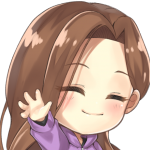