Kirby Abridged mostly uses footage from the anime, Kirby: Right Back At Ya (also known as Kirby of the Stars in Japan). The series currently has a total of 35 episodes, 3 Christmas specials, 17 Kwickies (shorts), extra content like music, bloopers, other non-KA content (Kirby: Right Back At Ya lost and non-lost episodes, and formerly, Disney videos, Hakuoki, AMVS. In addition to YouTube, the series was also advertised on several websites such as their own blog, Facebook, Twitter, Google Plus, and Tumblr. They also sold merchandise like KA "Bottlekap" necklaces and homemade plushies.

In early 2010, both PrettyKitty13 and KoopaMedia64 got their inspiration by watching an episode of a previous Kirby Abridged series (which is now removed from YouTube and remains lost to this day). According to PrettyKitty13, the two found it to be rather horrible. The acting and script were poorly done, the jokes were unfunny and it felt like a bunch of guys did this over Skype on a WAMPServer. The two loved the Kirby show so much that they felt they could do a good abridged series if they'd just put their minds to it.

The series premiered April 14, 2010 on YouTube with the episode, "For Your Memes Only". After nearly two episodes, the show went on hiatus in 2011 for one year straight due to production delays. It returned again with "The Big @$$ Bill" on January 29, 2012, and then the show was delayed once again for the rest of 2012. In 2013, the series returned with new episodes (except in July, September and October due to production delays). That same year the "Kwickies" were introduced. 2014 and 2015 kept churning out all new videos until the 29th episode, "Denticidal Maniac" on October 25, 2015.

Originally on November 2, 2015, a final announcement was made that the series would be ending due to the strict copyright laws in Canada, as well as the creators not finding enough time to make episodes. As a result, all videos on their channel were deleted. All of the main episodes and kwickies were uploaded on the Kirby Abridged Graveyard, which was later deleted.

On November 29, 2016, the videos for Kirby Abridged were re-uploaded on their old channel again, as well as the KA Graveyard being deleted as they hinted they were coming back. In December of, 2016, the 30th episode "Dinner with a Side of Gender Roles" was released, along with the third Christmas special, "Chilly the Snowman", being released on December 22 of that year. The series went on another one year hiatus due to the latter reason that got KA briefly getting cancelled, with the creators expressing interest in making more.

Fortunately, about a year later on October of 2018, the series returned again with the 31st episode, "You Can't Abridge That on TV". The 32nd episode of the series, "A New Dope" was released a month later in November. New episodes of the series were thought to be made until January 2020, when PrettyKitty13 announced that the series could be removed again due to the new COPPA laws. However, the 33rd episode, "The N. M. E. Strikes Back", was released on May 18, 2020, indicating that the series could continue despite the COPPA laws, confirmed by the release of the 34rd and latest episode "Return of the Joey" two months later on August 10th.

Kirby (Eldric Irons/A.M. The Ocarina Player (poyo sounds)) - The hero of the show. Kirby's internal thought process is that of an old English-style gentleman. However, when he verbally speaks, he's only capable of saying his trademark "poyo". A dilemma that torments him to no end.

"I would recommend seeking professional medical aid....but what do I know.."Poyo poyo"..." ~ episode 29 (Kirby's watching Tuff suffer a rather nasty toothache)

"If only you plebeians realized your race was color-blind, I could be florescent yellow or spotted brown, for all you know" ~ Episode 13 (Kirby patronizing the cappies for forgetting his color palette)

Meta Knight (Eldric Irons) - Part of the old star warrior army and undisputed fan-favorite of KA. He likes playing The XBOX 360 game "World Of Tanks", eating Doritos and takes sh!t from nobody, especially not Tiff who often tries to order, bully or bribe him into doing what she wants. He is sarcastic, cynical, snarky & shows no mercy in saying what he really thinks of people. In the earlier part of the series, Meta Knight made a point of skipping the monster fight scene with the opening line "I've got a better idea", but it was short-lived after Tiff ceased it in favor of Kirby battling monsters (episode 7). Meta Knight has had two full episodes dedicated to him (episodes 18 & 25) in which there was a running gag that nobody ever listens to him and everyone talks over his dialogue. Unlike the 4Kids dub of Kirby: Right Back at Ya, he lacks a Mexican accent.

"Looks like we're up that familiar creek with no propulsion device kids..." ~ Episode 21 (Meta Knight basically saying to everyone we're up sh!t creek without a paddle)

King Dedede (KoopaMedia64) - The king of Dreamland. He is a chronic jerk who loves nothing more than bringing misery to the town, Kirby and enjoys devising plans to "get rid" of him, however, as the series progressed, he was content to simply "bum around the castle" watching TV. He has an immense love for "tater chips" & peanut butter cookies which Escargoon's Mom introduced him to in episode 6, and has been a running gag ever since. Dedede has a penchant for giving nicknames to guest characters, calling J.K Rofling the "Story Lady" (episode 22), Escargoon's mother the "Cookie Lady" (episode 6) and Mabel the "Voodoo Lady" (episode 2).

"ESCARGOON! YOU CRACKERS BETTER NOT HAVE STARTED ANOTHER EPISODE WITHOUT ME!!-----And where's the bathroom tissue?..." Episode 6 (Dedede complaining when he didn't appear until much later in the episode)

Kirby Abridged is well known for making very funny jokes and puns, in which some of them get kept and used in several episodes for humor.

Many of the people on the show have their own YouTube channels, which they upload their own stuff outside of Kirby Abridged. There are links on the names if you want to see their channels and possibly subscribe. 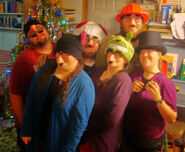 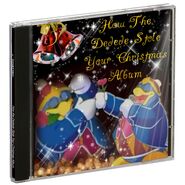 How The Dedede Stole Your Christmas Album 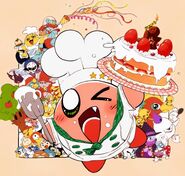 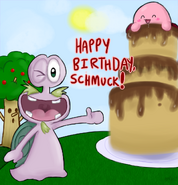 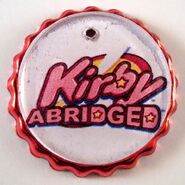 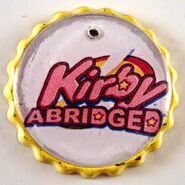 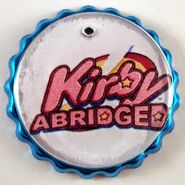 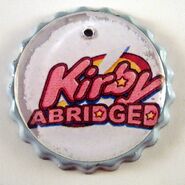 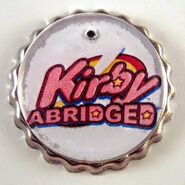 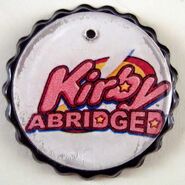 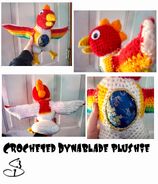