EoD is a parodyist, best known as the creator of Batman Dubs. In 2016, he entered Team Four Star's #TIBA competition with Super Mario Brothers: The Condensed Milk Series, eventually placing 11th overall. He also is a frequent collaborator with The Schmuck Squad as an editor and occasional writer. 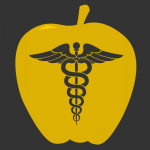