Mattroks101 hated his first episode so much that he decided to remake it before he full began work on episode 3 of the series. The remake was radicaly different for the original being only 2 minutes instead of 5 and mainly feturing Gustav and Carol, who were barely in the original.

All parts were played by Mattroks101 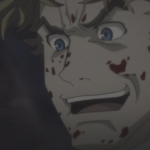